What contributions can writers make to the promtion of goodwill among the people of a country? 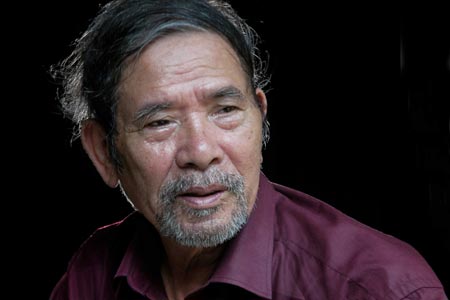 Since remote antiquity writers in every country have exerted a profound influence on the minds of the people. The writings or political philosophers, like Rousseau and Voltaire, have even caused revolutions and diverted the course of history. Such is the power of writers who express their ideas and views with lucidity and cogency.

Most writers who dwell upon the affairs of their countries are deeply conscious of their responsibility towards their countries and compatriots. This consciousness not only impels them to avoid issues which tend to divide the people but also to express their views on delicate issues in the most temperate language. Their main aim is to promote goodwill among the people of the country, and this they try to achieve in various ways.

In a country dominated by people of the same race and language, writers can promote goodwill among its people by clarifying political and economic issues which the people understand only vaguely. If the people are divided by ideological differences or by differences of economic status, writers can exercise their influence to remove the resentment and prejudices among the people. Even those who write on social problems can emphasise the issues that tend to unite the people. They can also suggest ways and means of removing the causes of resentment and frustration that exist among the people. As the written word is more effective than the spoken word, people tend to accept the views of writers more readily than those expressed verbally by various people.

But it is in countries in which people of various races reside that writers can make the greatest contribution to the promotion of goodwill among the people. In a country like Malaya, for example, writers can concentrate on the issues that tend to unite the people. They should not be too critical of the attitudes of one race to gratify the emotions of another race. If they do so, they will incite racial discord and even violence which may affect the whole country adversely. If short speeches to a small group of people can cause riots and racial conflicts in all parts of the country, writers can do greater harm, for the written word circulates more extensively for a longer period.

This power of the written word, however, could be used by writers for the benefit of the whole nation. By giving prominence to the social aspects of life that affect the people as human beings and as individuals of a particular race, writers can help in the development of a common outlook among the people. They could also help in making the people realise the benefits in peace and harmony. A study of the history of many countries reveals how the ways and habits of its people are influenced by the pen of distinguished writers. Even the leaders of the country are often guided by the opinions of noted writers.

Indeed, in times of great discontent in a country, writers advise the people to exercise patience and moderation in expressing their grievance. There are many examples of how writers in various countries have been able to remove feelings of hatred among the people. The newspaper, for example, which is the product of the combined effort of many writers, is able to exert a restraining influence on people who are easily provoked. This is the best example of what writers could do to promote goodwill among the people of a country.